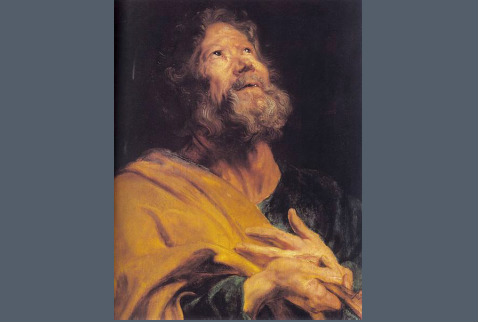 25 Meanwhile, Simon Peter was still standing there warming himself. So they asked him, “You aren’t one of his disciples too, are you?”

26 One of the high priest’s servants, a relative of the man whose ear Peter had cut off, challenged him, “Didn’t I see you with him in the garden?” 27 Again Peter denied it, and at that moment a rooster began to crow.(NIV)

This painting is called: The Penitent Apostle Peter by Anthony Van Dyck